I am back, I’m back again…. It’s been a day and an age I know but I swear the older you get the faster life goes…. It doesn’t feel that long until I look at a calendar.

Anyway, Life is continuing to happen. Just when you think you got everything set and laid out… well Murphy’s Law, I hate Murphy and his laws.

But onto photog news~ I went to Kyoto for the Kouyou/Momiji season! ONCE! I was planning to go twice but I got sick. I have never been as sick as I have this year. I give you odds if you took all the sick days from the first 29yrs of my life and added them up I would still be leading by a long shot for sick days just this year alone.

So anyway, I went to Kyoto and I learned 3 valuable lessons! #1 You need sleep to operate your camera, I am not as young as I used to be and my hands just aren’t as steady. #2 FOCUS FOCUS FOCUS. USE LIVE VIEW AND CHECK YOUR FOCUS >.<* and #3 Kyoto is a little sparse on bathrooms. I blame all of my problems really on #1 I just cant pull a 48hr no sleep go at it anymore without side effects.

So I had decided it made much more sense and money sense to go to Kyoto after my shift on Monday. (I have Tuesdays off) So I roll into Kyoto around midnight~ YEAH! and Cheap A$$ that I am you know that I am not going to throw down for a hotel so what do I do? What the smart traveler who doesn’t mind smelling vaguely cigarettes usually do? A net cafe/manga kissa of course! Now if this traveler also happens to be hauling around more gear than they are comfortable falling asleep with out in the open they should stay at the OWL net cafe. It’s at most a 5 min (2min) walk from Kyoto station and has private rooms that have a door and LOCK so you can go about reading manga, visiting the drink bar and the bathroom without bringing everything with you! Now it’s best not to ponder what exactly has gone on in these rooms before you showed up but other than that its great~ I recommend the VIP cushioned floor room! Its just like a giant mattress on which you lounge, read your manga, and dont think of what might have happened before in the spot that you happen to be reclined in. Its in Japanese for the most part but check it out here. It is pricier than a regular manga kissa but that door and lock are worth the extra price for me.

After spending 3 hours there… I decided to WALK to Arashiyama…. not my best decision…. but I wanted that sunrise picture… that was ruined by clouds. By then I was cold, shaking and tired…. oh so tired… but press on! My feet were also ice blocks…. it hurt to walk. I love my Vibrams, dont get me wrong, I think they have helped me a lot… but they aren’t really made for standing still in about 0 degree temps on cold stone. So after a few not so spectacular shots at Togetsukyo Bridge. I minced my way to Tenryuji! Surprisingly enough it was open! Most places in Kyoto don’t open until 9am so I am still not sure if it was a special day/event or I just got lucky and was able to walk in with everyone else that was holding a camera. So I got a few nice pictures~ It was very picturesque. However due to  lack of sleep, and my body unable to regulate my temp into anything of the warm variety a lot of the pictures were blurred by shake. Whip out the tripod you say? Ah my friend, you have never been to Kyoto have you? In most cases and places tripods are prohibited. As in they can kick you out and request that you delete your pictures. Also as a bit of random information. You can’t/should not sell your pictures of MOST temples in Kyoto. Unless you want to pay a big fine…. Most places fall under “important cultural property”… That’s translated and I have no idea where to find it in English… But here it is in Japanese. Quite simply you CAN’T that is right, CAN’T sell photos of certain temples/buildings/and grounds without it falling into a dark gray area… in which if they catch you, you must pay a big fine.

So temples and shrines and temples upon shrines later it became very apparent that the trees were all confused this year. Where Tenryuji had some rich gorgeous colors, a little down the road everything was still green. Even the hills around Kyoto hadn’t decided if it was time to change colors or not. So all in all the though it was a nice trip it was a little underwhelming. Luckily I was able to meet a friend there and get a little off the beaten path! Unfortunately, #1 struck again. By 5pm I was dead tired. Like falling asleep during conversation tired. So had to call it an early night and head back to Nagoya.

I had a great time but if there is anything I took away from this go around its that I need sleep before attempting a full day photowalk. I also need to start using live view and concentrating on getting the focus on the first shot. So I don’t come home with 500 photos to sort through and only find around 50 nice shots~  So here are some of the shots I got~

Tenryuji in the Morning~

So now I am contemplating what to do for my next photo trip. Maybe Takashimaya xmas display, Nagoya xmas town, or maybe the illumination in Nagashima~ Decisions, Decisions. What to do and where to go. If there is anything you would like to see in the Tokai/Chubu area comment and tell me where to go and what to shoot!

Hello and welcome. Now that Kate got all the important stuff out I am feeling much less pressured to write. If you haven’t read hers yet you should stop and scroll down.

Now that that’s done, you did do it right? On with the show.

Why a blog? Why me? Well let me first say that this isn’t my first blog, not that any of my other blogs made it beyond six posts, but that’s not the point right? However, I will be working with Kate (again scroll down if you lied at the earlier question) which means I won’t be able to slack, procrastinate and all of those other maladies that seem to befall me. While I am a dreamer and a dreamer only, Kate is more of the dreamer/do-er combo of which I am insanely jealous over. So I know that this blog will make it beyond six posts and won’t be lost in wild of the internet. We have plans, we have dreams and we also have cake! The cake helps trust me. I am always trying to improve, learn and just understand more about photography, light, and all the other factors that go with it. The point of this blog for me and to share, show and learn, I was never very good at the “tell” part.

My photography style varies day to day. Its like my favorite saying about my age. “I am as young as I feel or as old as I look, depends on the day.” I sometimes love the basics, a black and white, and other times its heavily edited or HDR. You will also see a variance in the way I shoot the same subject. I’ve learned that though some of the photography “rules” are the same across cultures not all of them are and I often attempt to get that other look. I rarely shoot people whether models or street photography. You will see a lot of landscapes, nature, seasonal shots, temples and shrines (as I am living in Japan), and you will probably also see my dog Kouyou as she just moved to Japan this April.

I have a Canon 7D and HTC One. I usually shoot RAW but will use JPEG to get a few quick ones. I use photoshop when necessary but try not to do much outside of Camera RAW. 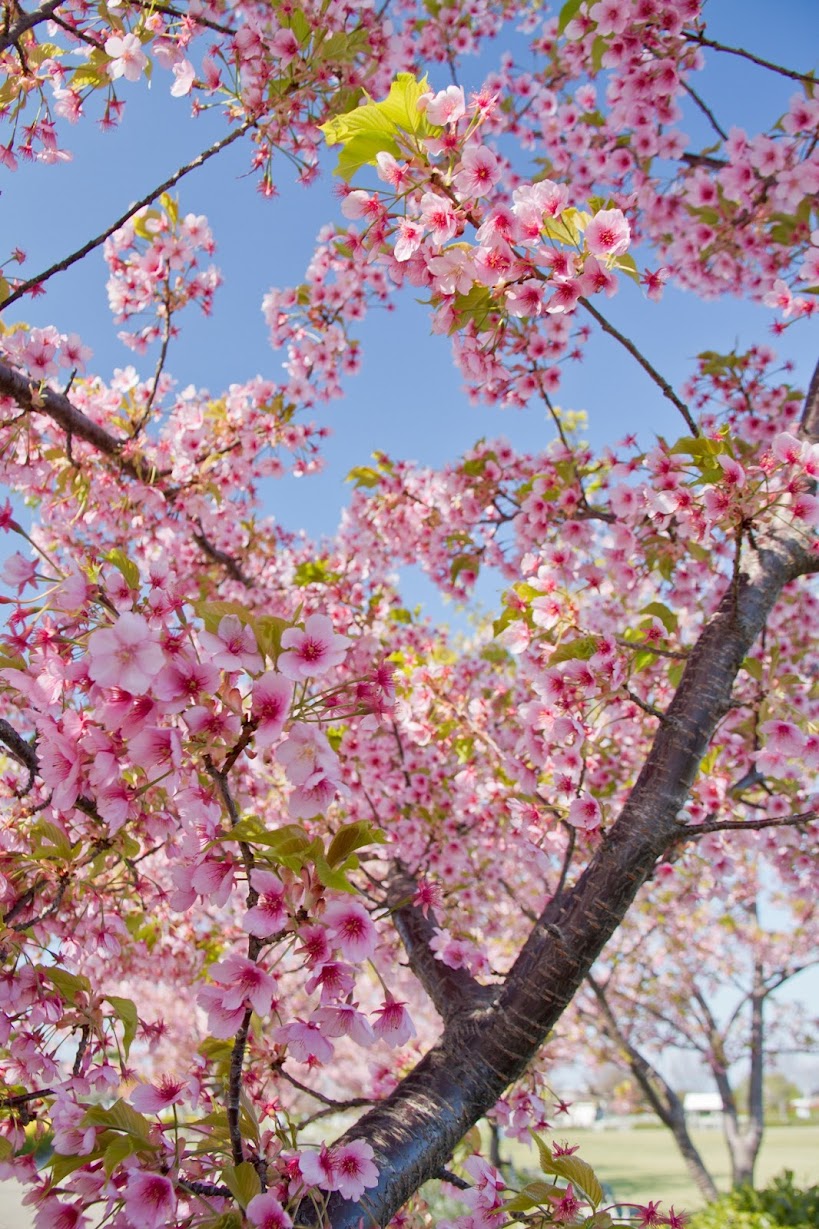 I picked two seasonal shots for my first post so you get a double dose.

Also you will find that Kate is more adept at WordPress than I am and it will be noticeable as the blog goes on. In fact she is the one who set this all up! ❤

Don’t be afraid to push the button!